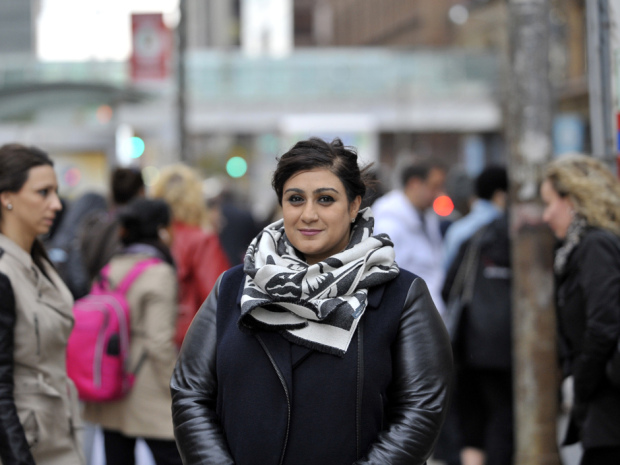 Social Proof Image would like to congratulate John Tory on his recent win for Toronto mayor but more Importantly, his secret weapon Ruby Latif, who also stands as one of our founding members here at SPI.

In his ultimately victorious bid to become mayor of Toronto, John Tory sometimes battled accusations of being a privileged white guy from North Toronto out of touch with multicultural Toronto, and a member of a golf club that once excluded Jews. Turns out, behind the scenes Mr. Tory had a secret weapon: Ruby Latif.

Ms. Latif knows who matters at every major mosque, synagogue and temple in Toronto. She has one-on-one relationships with more than 500 members of the local ethnic press. After almost a decade working for Dalton McGuinty, Ms. Latif joined the Tory campaign last May. As director of community outreach, she organized interviews with ethnic media and arranged for Mr. Tory’s attendance at more than 200 events, from Ramadan dinners to Vietnamese banquets.

Ms. Latif’s contribution proved crucial, say senior Tory insiders. After joining the campaign, she “quadrupled” outreach efforts and became, in a way, the “Jason Kenney” of his team.

“Over the last 10 years, I’ve worked with over 1,000 community organizations,” she said. “I know the people that will deliver, the people who will open up to have those conversations and the ones who will stay on the sidelines. And that all helps in this.”

When the campaign began in earnest last February, Ms. Latif wasn’t on Mr. Tory’s team. She spent the first several months volunteering for a rival, councillor Karen Stintz. She made the switch only after a concerted lobbying effort that began in March over coffee with Bob Richardson, Mr. Tory’s campaign co-chairman.

She said one big reason she moved was Mr. Tory himself, and the relationships he had already built in the communities she targets. Back when they both worked at Queen’s Park — her for Mr. McGuinty, him as the leader of the opposition — Ms. Latif would regularly try to book the premier for community events, only to find Mr. Tory already on the roster.

She found the same thing happening when she started on the Stintz campaign. “[Ms. Stintz] has spent a lot of time in politics, but not actually building those relationships,” she said. “Whereas someone like John, in the years he’s been a radio host, he’s still showed up to those events. He’s been to the Tamil Chamber dinners. He’s talked about important issues … and those relationships were still solid.”

Ms. Latif said there’s no science to her job. “A lot of it’s about gut and past relationships.” While many communities want to hear about one or two issues in particular, she said for most the overall message doesn’t really need to change.

Laura Pedersen/National PostJohn Tory speaks to media at Nathan Phillips Square in front of City Hall after being elected as Toronto’s mayor the evening before in Toronto, Ontario on Tuesday, October 28, 2014.

“For someone like [Olivia] Chow, for instance, talking about being the diverse candidate, I don’t think that’s what people want to talk about,” she said. “For me, being a visible minority female — I was born here — but for me, I want to know you understand who I am and what my issues are, but I really want to talk about how I’m going to pay my bills, or my aging parents.”

As for Doug Ford, she said he talked “a very good game about being diverse and inclusive.” But most of it was just that, talk. She compared Mr. Ford’s approach to that of Mr. Kenney, the federal Conservative minister renowned for his ethnic organizing.

“I think there’s two kind of approaches to it,” she said. “You can either go, ‘I want to be inclusive and I want to help you and you’re just a person…. or you can be like, ‘Let’s talk about butter chicken and curry and I can be the Minister of Curry.’ ”

For all the criticism during this campaign of Mr. Tory as an elitist, Ms. Latif said that in her experience, the mayor-elect genuinely cares about diversity and inclusiveness. “That’s what brought me to his team,” she said.

In fact, she would have trouble walking him around a room at events, Ms. Latif said. “Because he really wants to have those conversations with people. And as a staffer it’s harder because it’s like ‘OK, John, next person, next person. This person really wants to talk to you’ and he’s like, ‘Just two more minutes, this is a really good story.’ “

the entire article can be found here at http://news.nationalpost.com/2014/10/28/meet-john-torys-secret-weapon-ruby-latif-the-mayor-elects-jason-kenney/

I am always free to be who I am 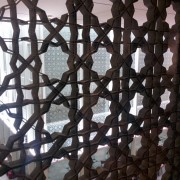 My review of the Aga Khan Museum

Trails and Happiness; A spiritual perspective
Scroll to top