The former FCC chairman said current chairman Ajit Pai‘s plan to dismantle the Obama-era Open Internet Order was a “culmination” of a plan for internet service providers (ISPs) to “de-fang” its regulators. The FCC is scheduled to vote on its plan to gut net neutrality, a founding principle of the internet that ensures all internet traffic is treated equally, on Dec. 14.

Pai has said his plan would increase innovation, but critics fear the plan will open the doors for ISPs to “slow down” websites at will, for example, making Netflix slower in favor of their own streaming service.

“The abomination of this is how they’re doing it,” Wheeler said. “They’re walking away from the responsibility the FCC has had since 1934 to oversee networks.”

Markey called the Dec. 14 vote a “day of reckoning” and said he expects the FCC’s plan to be challenged in court.

Their calls for the FCC to scrap its plan to dismantle net neutrality rules comes on the heels of both members of the Senate and House of Representatives raising alarms about more than 1 million comments that were fraudulently submitted to the agency as part of the public comment period for its net neutrality repeal plan.

Earlier this week, nearly 30 Senators sent a letter to the FCC asking that its vote on net neutrality’s repeal be delayed in light of evidence that a large number of the 22 million comments submitted to the agency were fraudulent and “hundreds of thousands of Americans” had their identities stolen.

New York Attorney General Eric Schneiderman has been investigating the claims. The FCC responded to the senators’ letter by calling it “desperate.”

On Wednesday, House Democrats also asked the Government Accountability Office (GAO) to investigate the fake comments and specifically look into the “extent and pervasiveness of fraud and the misuse of American identities” during the open comment period for the FCC’s plan to rescind the Obama-era rules that protect net neutrality.”

Pai’s plan also appears to be unpopular with internet users 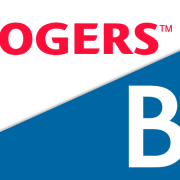 Want to join the discussion?
Feel free to contribute!

This site uses Akismet to reduce spam. Learn how your comment data is processed.

Steam is no longer supporting Bitcoin