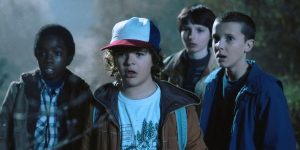 The highly anticipated return of the Netflix’s phenomenon, Stranger Things finally aired on Oct. 27 and after watching all 9 episodes, my excitement for the future of the series has been muted, substantially. If I can some up this season in one word it would be “wasted”. It makes sense that the Duffer brothers copy and pasted the formula that made season one such a hit, the immensely popular Déjà moments of retro awesomeness and music into season two, but what lacked was that sense of discovery. We already know what Hawkins is and what it has to offer. 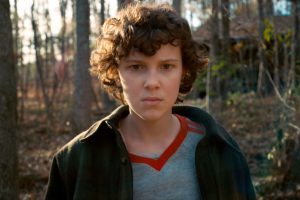 The main story line this season is similar to last years but with a few twists and new characters. And here lies the problem. The new additions to the cast really did nothing to advance the story and were frustrating to watch at how one dimensional they are especially Bill and Max. Think every stereotype of teen angst imagined.The other major addition is eight, who we later learn is connected to eleven and like her, has abilities. I have to call out one particular episode that stood out “Liquid Sky” this was quite possible the most uneventful episode of the entire season because of its buildup and resolution. Talk about predictable and could we get away from the entire good and evil archetypes, especially when you have a women of color on screen. Why does she have to be the violent one? Also, how can a 12 year old “Eight” hold such authority over a group of adults, and have such insight into psychology even if she has special powers 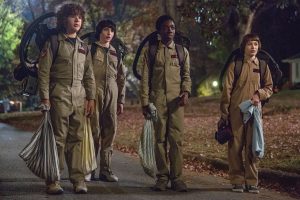 Not all was negative however, some of the highlights are Hoppers interactions with Eleven which were some of my favorite scenes as well as the Music, I mean anything from the 80’s is classic. Dart and Dustin, were wonderful together as they bonded over nugget. Props go out for the last episode that sort of gets it, it brought all of the things we love about stranger things and displayed them in full glory. The last “school” scene was my favorite moment in the entire season.

The not so great moments
—Kids seem more annoying than cute this season
—Many unanswered question
—Bill, Max and “Eight”

Loot Box Controversy Having No Impact On Game Sales