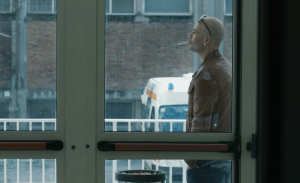 Gomorra is one of those series that will stay with you for a while long after you have finished watching all the seasons. It is gritty, emotional and violent: all the ingredients to make for a compelling watch. It also reminds me of The Wire and The Sopranos, which I hold to be the gold standard in television. So chances are if you’re a fan of these, you’ll love Gomorra. 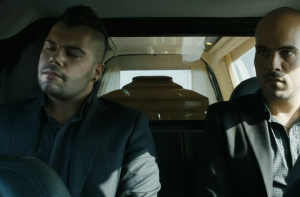 Gomorra is an Italian crime drama, which tells the story of Ciro di Marzio and his life inside the Savastano family and day-to-day dealing with the Boss, Peitro Savastano. Most of the setting takes place in Naples, but Ciro often travels to other locations and interacts with other drug lords. Throughout the series Ciro private and professional lives cross paths that puts his loved ones and himself in danger and herein lies the magic of the series. It takes you on a roller coaster of emotions on one side you find yourself routing for him and the other routing for his rivals. Alongside Ciro, Gomorra is filled with other strong characters that you feel invested in and it is remarkable how detailed everyone’s life is and how quickly circumstances can change. 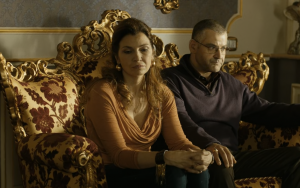 Gomorra brings you into the streets of Naples and does an incredible job of immersing you into the setting, with every shot of the city streets detailed, and the depiction of life a scarce reality, not seen since The Wire. In some scenes I almost felt like I was there experiencing what these characters were experiencing the heartache, violence and poverty.
If there is one complaint I have of the series it’s that there are certain depiction of law enforcement I find hard to swallow, for example, it’s difficult to imagine that with all the violence on the streets we don’t see more of a police presence or interaction from their perspective. It is a minor observation but something I had to point out.

Please go and watch this series ASAP(don’t worry the series has subtitles), it does so many things right and does things that no American series would ever do. It’s a rare thing for me to become teary eyed after watching something, I cannot wait until season 4……incredible 9/10

—Incredible acting and characters
—Amazing cinematography
—Comes close to the quality of The Wire
—Great soundtrack
— Where are the police?