Dark is one of those shows that will make you think out loud and leave a lasting impression, at least that’s what it did to me. In case you’re wondering what Dark is, it’s a new show developed for Netflix Germany and it took me by surprise. At first glance, comparisons will be made  to Stranger things but I assure you it is not. Dark is much more “Stranger” then Stranger Things and  much more aphotic, and overall far superior to season two of Stranger Things. 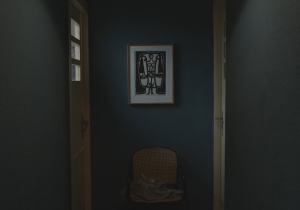 The premise of the show revolvers around the disappearance of two young children and the relationships among four families, in the German town of Winden. Every episode reveals a piece of the supernatural puzzle that is Winden and slowly unravels the greater narrative that is taking place. It is a slow grind but that’s what makes Dark so alluring, your need to understand the greater picture. 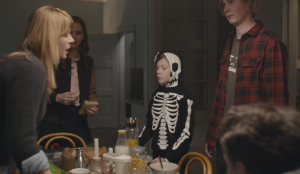 I want to mention how incredibly engrossed you become watching it, the actors have done a phenomenal job. It’s difficult to mention any stand outs because everyone is a standout. You feel the same agony, pain and suffering that these people go through. Even the town itself, with it’s beautifully dark, creepy and memorizing forest become characters that you take in. It really is incredible to behold.
The directors have done a masterful job of choosing the right music and the right backdrop to make it fit all together.
It isn’t for everyone, as I have mentioned above Dark is a slow grind, often leaving you frustrated and it may be one of those shows that’s best enjoyed binge watching but again, the payoff is worth it. 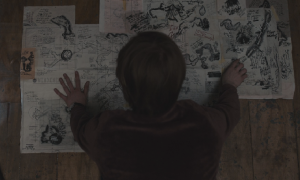 I cannot wait to watch season two, as some of the mysteries still remain unanswered after the conclusion of season one. Oh and I highly recommend you avoid watching it with the English dubbed voices. Dark is best enjoyed in German with English subtitles.(for some reason the German language adds another layer of creepy to the show) I really want to applaud Netflix with finding so much international talent and allowing such wonderful story telling to take place. My choice for best series of 2017…..easy

Instagram, Snapchat among the most detrimental social media platforms to youth’s...
Scroll to top