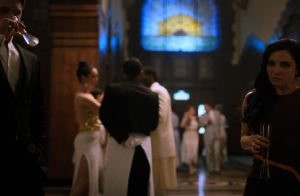 Netflix has been a role as of late with producing some of the best binge watching TV in years but I have to say Altered Carbon is a complete mess and a complete misstep for the juggernaut. The show is based on the novel by the same name written by author Richard K. Morgan, I have never read the books so I can’t comment on how closely the series follows it, but in a way I hope it doesn’t because my interest to read the books has gotten down to zero.

If you’re unfamiliar with the premise of the series it takes place in the future where mankind has created the ability to store consciousness on to “stacks” which can be digitally downloaded to different sleeves (bodies) when they die. So essentially you can life forever. There are several class divides as well such as “Meths” who are the top 1 percent of society who control and dictate the other 98 percent. A Meth by the name of Laurens Bancroft is murdered, and the main character Takeshi Kovacs is hired to solve it. Kovacs is an ex-military turned envoy, a unit trained to fight counter military warfare. 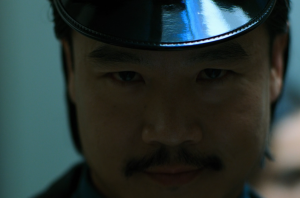 Let’s start off by commenting on what works for the series. The overall production is some of the best I have seen. Every episode is like a high budget Hollywood blockbuster. It’s clear that Netflix went all out on the production. Even the special effects are to be commended. It has a very Bladerunner feel especially the city and its many corridors. High production value aside, there are many flaws that need to be addressed. From the first episode and onward, I found myself struggling to care or want to even know the main characters. A lot of this stems from the poor writing and acting, one example that comes to mind is  police officer Ortega, whose delivery of her lines is always off, for example when she throws an f-bomb it always seems out of place or forced. Additionally, the constant flashbacks we see of certain characters have the opposite effect of immersing you into the world.

The second major issue I have is the overall pacing. There are so many different sub-plots going on that the writers don’t seem to know how to put it all together, from religious conflict to social justice and class division. All of these are recipes for great story telling but instead turn out to be nothing more than tools to justify some of the decision making for a few characters. In all honestly it was more of “let’s make everyone ultra-hip and cool” and give them a quick backstory then expanding the narrative. Talk about Sci-Fi tropes 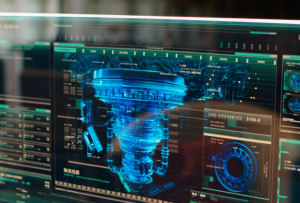 Finally let’s talk about the nudity, which I don’t mind as long as it plays an important part in the storytelling for example how they handle it in HBO’s “Westworld”. but I don’t see the point to it in this series. For me, this was Netflix clearly saying” hey look at us we are cooler then HBO because we have more tits”. I can’t help but comment on how ridiculous the “end game” of this series is, once everything is reveled: which is quite predictable by the way, you can’t help think why did I waste my time? Some of the motivations just don’t add up. 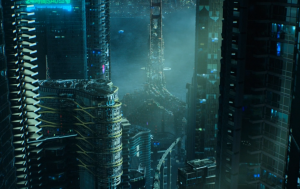 My cards on the table are telling me this series will not return for a second season.

Tell the CRTC: No Censorship in Canada